Fake iPhone 6S Made in China

Being one of the most popular tech brands in the world, Apple is often a victim of fakers. Numerous copies of iPhones are produced every day and manufacturers do a good job at replicating Apple’s smartphones. Today, we’re going to tell our readers about two of these devices.

The first one comes from Honkong. The company Goophone made the smartphone called i5S. As you can see from the name, it is a similar to iPhone 5S. What’s more, it’s looks completely identical to it, at least from the outside. As for the specs, everything isn’t that good. A 4-inch display has only a 960×540 resolution, there is a very ordinary MediaTek MT6572 processor, 1GB RAM and iOS 7 installed over Android 4.0. Although the price is attractive (only $199), Goophone i5S doesn’t even come close to an actual iPhone in terms of productivity and performance.

The second device is the Chinese Blackview Ultra Plus or in other words fake iPhone 6s. This smartphone is a bit more advanced. The plastic case looks almost as if it was made of metal, the 5.5-inch display has a 1280×720 resolution, a MediaTek processor works fine and there are 2GB RAM along with 16GB storage. Considering its price ($100), the smartphone got a bit of popularity but only on the local level. The company isn’t much known outside of China, so it puts all hopes on the local market.

Still, both smartphones pale to utter insignificance compared to actual iPhones. Yes, the phone looked quite well but a beautiful wrapping conceals a rotten fruit. Stay away from fake devices and make purchases only from trusted shops. 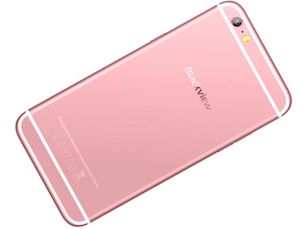 Looxcie LX2 Wearable Camera For Using On The Go