In only three weeks of 2017 we saw a lot of new smartphones, mostly because of CES 2017. One of many interesting devices at the show was ZTE Blade V8 Pro. The Chinese company is definitely trying to become more global. That’s why a few days ago it announced that Blade V8 Pro is coming to the USA – a very logical step for any growing company. Apparently, we may soon see a worldwide launch of this smartphone, so it’s worth taking a closer look at it.

ZTE Blade V8 Pro is an affordable smartphone with flagman characteristics. On the outside, it doesn’t feature a particularly eye-catching design. Yet, it’s not repellent either. The size isn’t the slimmest but still comfortable for carrying in your jeans pocket. On the front, there is a 5.5-inch display with 1080p resolution Gorilla Glass 3 protection. On the textured back, we have a fingerprint sensor that guards your phone from strangers. 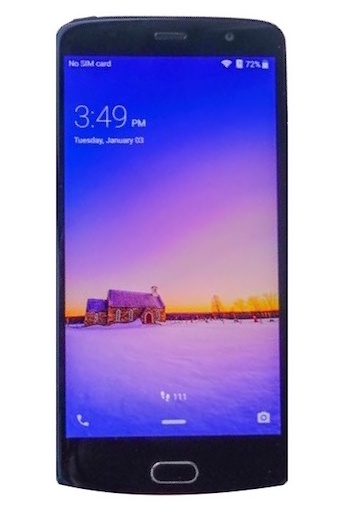 In terms of software, Blade V8 Pro works on a Qualcomm Snapdragon 625 processor – a great middle-end option. Also, you get 3GB RAM and 32GB of internal memory. A small disappointment comes with an operating system. From a 2017 smartphone you would expect the latest Android but Blade V8 Pro only has Android 6.0. Let’s hope that the update is coming soon.

One of the biggest advantages of this phone is its dual lens camera: two 13 MP sensors, both with LED flash and phase detection autofocus. As a result, Blade V8 Pro boasts impressive image quality, especially for a smartphone in its price category. One more advantage – a 3140 mAh battery, which is more than most other middle-end devices.

So, for $229.99 ZTE Blade V8 Pro offers more than you could imagine. Everyone, who’s looking for a reasonably priced smartphone, must check out this one because you may not such vibrant combination of features later in 2017. At least, at this price you won’t.

Portable Sequencer Made from Nokia Smartphone