The company 1-Ring presented a unique gadget called Moon. This is the world’s first levitating camera – it hovers in the air and spins around at 360 degrees. For this camera engineers created a special technology that allows the device to levitate and rotate smoothly. The camera is charged wirelessly, so that it can record video continuously.

First and foremost, the Moon camera is designed for home security. It can be installed in the center of any room to monitor the. The device also has a protection mode which occasionally makes sounds or turns on the light in the apartment when there is no one there. That way, the camera simulates the presence in the house. 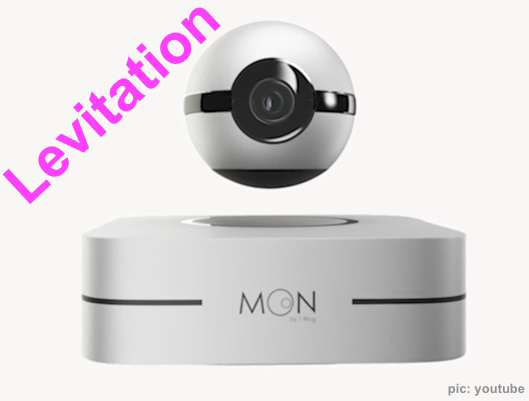 Plus, Moon can be used to control the smart home. The device connects all gadgets to the Internet of Things, and they can be controlled from anywhere in the world via the Internet. The Moon camera is also suitable for video chats. It’s fitted with a microphone and speakers while users can control the camera and see every person on the room. Moon is equipped with a 5 MP lens and various sensors including light, temperature, humidity and carbon dioxide sensors. This project has been recently launched on Indiegogo and the camera is available for pre-order for $209.