Virtual reality was probably the main trend of 2016. Various VR headsets were released by such tech giants, as Sony, HTC, Oculus and Google. Unfortunately, many users refrain from buying these headsets because of their high price. Plus, all these headsets are usually cable-connected to computers or gaming consoles – that’s the only way they work. But one Chinese company, called Storm Mirror, decided to solve all these problems and released Matrix VR headset.

The first advantage of this device is that it doesn’t need any cables for functioning. It shouldn’t be connected to a smartphone either – it’s a completely autonomous device. It’s powered by a Qualcomm Snapdragon 820 processor and 4GB RAM, which sounds like specs of a powerful mobile device. Plus, Matrix has a high-capacity battery – 5000mAh. It provides you with 4 hours of totally immersive VR experience.

Now, let’s talk about virtual characteristics. To begin with, we must address visual representation, one of the most important aspects of any VR device. Matrix boasts great image quality. It’s fitted with a 2880×1620 resolution display which gives you a 110-degree viewing angle. Also, Matrix has high pixel density – 705ppi. This number is higher compared to other devices from bigger companies, like Oculus Rift (515ppi) or PlayStation VR (387ppi). Apart from high resolution, Matrix weighs much less than its competitors – only 230g.

Storm Mirror Matrix isn’t a globally sold device yet – it can be purchased in China for $430. The headset hit the stores only 2 weeks ago but already gained popularity in its home country. Hopefully, manufacturers will deliver Matrix to the global market, so that the whole world could appreciate a wireless VR experience. 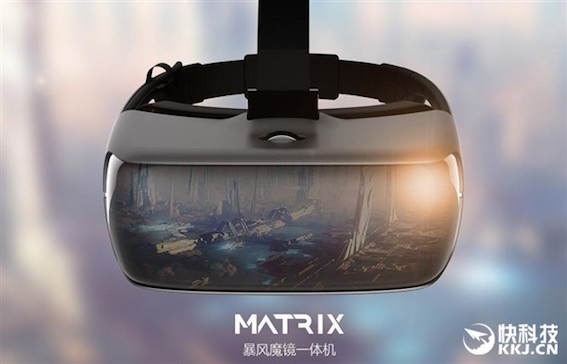