Home » BLOG » What Is Internet of Things or IoT?
BLOG

What Is Internet of Things or IoT?

iPhones and Android smartphones are becoming better and better every year but we hardly see any ground-breaking changes. Fortunately, many other items around us are transforming and getting more and more technological or “smart”. We are on the threshold of the Internet of Things era. But what is Internet of Things or IoT?

This term was introduced for the first time by Kevin Ashton from MIT, back in 1999. IoT comprises all appliances, aside from mobile devices and computers, which are capable of connecting to the Internet. That’s why a lot of things fall into this category: cars, consumer electronics devices, fitness trackers, and so on. All of them can be operated with a smartphone. 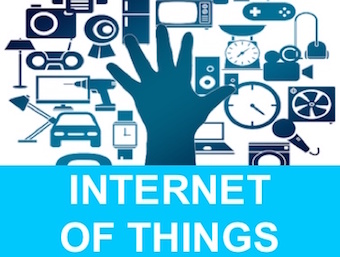 IoT is making everything around us a “playground” for all appliances and they are able to access the Internet. Any device can be a part of IoT, provided it’s capable of exchanging data via World Wide Web.

In fact, such appliances are spreading like wildfire today. According to analysts from BI Intelligence, we’ll see 22 billion IoT devices to 2021. Now, there are only 6.6 billion. Consequently, in a few years we will witness rapid development of IoT and smart items of all kinds will enter our everyday life.

In the future, it will be hard to find an appliance that is not connected to the Internet. But IoT isn’t just about households. Even public transport can become smarter and more people-friendly. IoT has a bright future – it will change not only your house but also the city infrastructure. That means that in a few years we’ll live in a smarter world.

What Does Galaxy S8 Press Render Tell Us?