Waymo Electric Car With Buttons Instead of Pedals

A lot of companies today are interested in autonomous cars – cars without drivers. One of these companies is Google. The tech giant owns a smaller brand Waymo which has been working on driverless vehicles for quite some time now. In fact, Waymo has an even more innovative project – the company patented a design of a car which will be controlled by buttons instead of pedals.

According to the picture attached to the patent, the new panel will be based on two buttons: “Go” and “Stop now”. Basically, it will be an autopilot car and the driver will be surrounded with all sorts of buttons for easier operation. For example, the dashboard will be filled with buttons that control various things in the car, like window raising, door blocking, seat heating, and so on. It’s still not clear how drivers will be able to set the route. 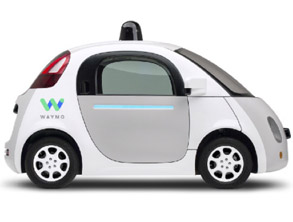 Nevertheless, according to rumours, Waymo plans to integrate voice recognition for controlling the car. Another available way is the smartphone app where controlling will be easier and more convenient.