Today we use our smartphones for almost everything. We read books there, listen to music, browse the Internet, and so on. Moreover, most smartphones have GPS, so it’s quite convenient to use them as navigators when you’re in a car. But a phone in a car can be a problem because you don’t know where to put it. You can plug it into your cigarette lighter but what to do after that? The phone can just fall on the floor and break. Thankfully, there are many accessories which would help people in this situation, and we’re gonna tell you about one of them.

It is called + Trip and produced by Logitech. This useful smartphone holder Logitech Magnetic Car Mount is phone mount that is attached to an air vent of your car, and due to the magnetic force, it safely holds your Mobile phone in a vertical, horizontal or any other position. This accessory is incredibly small and therefore, compact. Seriously, if it had a chain attached to it, you could wear it on your keychain as a trinket. Despite the size it looks quite trendy with its molded teeth and polished grip. 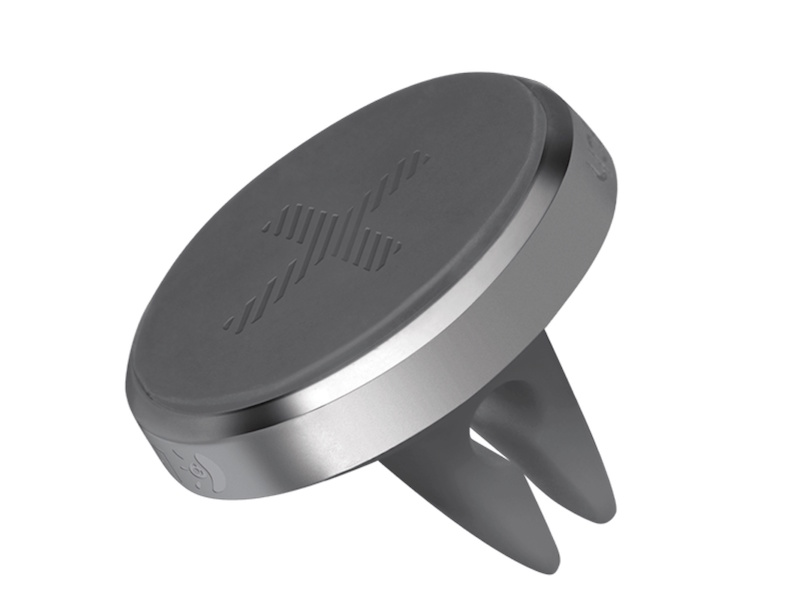 The phone is installed with one motion – just place it on the mount and your phone is securely fixed, so you could use it as a GPS-navigator, a music player or you could answer your calls without grabbing the phone into your hands. By the way, in some countries it’s illegal to talk on the phone while driving unless you use some devices to hold your phone. That’s why [+] Trip is so irreplaceable in your car.

In addition, the mount works with literally every phone (iPhones, Samsung or any other), it’s absolutely universal.
[+] Trip is another useful accessory from Logitech. It’s absolutely necessary when you’re on the road all the time and you don’t want your phone to just lie in the car among other things.