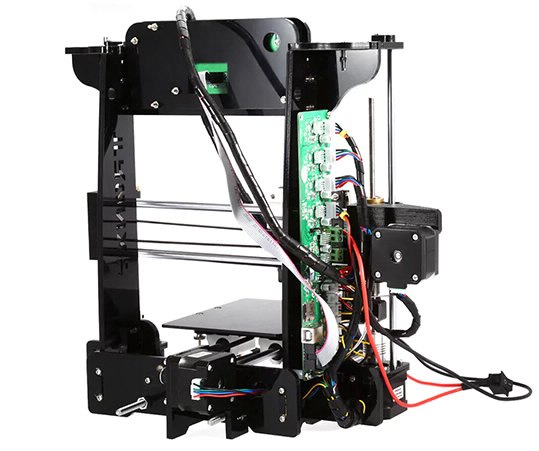 Actually, after the assembling some screws, zip ties, spacers and nuts, and other stuff turned out to be extra – though that is not a big deal as well. In regard of operation, the printed figurine was rather good, the layers were solid, no banding or overlapping occurred. At 200 % the machine is going the same – perfectly even, and at speed 500 it kept going well, but the structure of the figurine was no more that smooth. The cooling fan is a little problematic, and cooling of the piece is a bit slow. But, all in all, the final item came out even and pretty accurate.
Henceforth, this machine is relatively good for the price. At 200 speed it works precisely and smoothly. It has full-size steppers, a great little extruder, not the best, but adequate cooling, and it is made out of open-beam components. An outer control box is rather an inconvenience and lacks a back panel, though that can be improved with some hand-made piece. This item would be a good choice for a starter designer or a nice gift for 3D building amateur.