Recently, we’ve seen a few smartphones with an increased aspect ratio, like Samsung Galaxy S8 and S8 Plus. Also, there are more devices with no buttons on the front because they tale too much space. But Google has another solution to this issue – the company plans to fit its smartphones with touchpads.

In fact, Google patented the new design and clarified that it was ready to sell the license to other companies. According to Google, the touchpad will be an additional control element for an app opened on the screen. 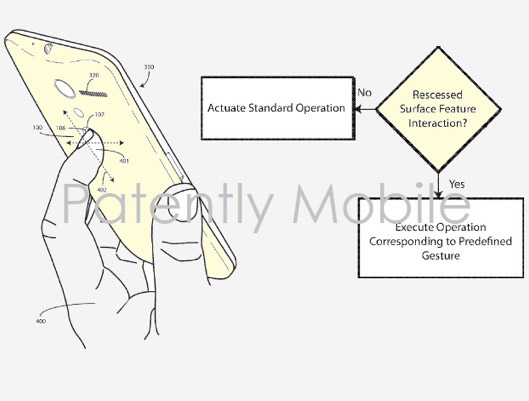 The touch-sensitive surface of the back panel will be used for controlling the volume in the player, scrolling and zooming web pages, and flipping through the photos in the gallery. This touchpad supports gestures for turning on other functions, like a camera or Wi-Fi.

Google filed a patent application a year ago but the agency published it only last week. As usual, there’s no guarantee that the technology will ever reach the company’s actual smartphone line-up.