Today, smartphones have really advanced cameras and their abilities aren’t infinite. For instance, it’s impossible to take photos of a really high resolution, like 8K. However, there is a new mobile accessory that will help with that.

It’s called theVRkit and it’s just been launched by the company Dermandar. TheVRkit is a portable gadget that is easily installed on any smartphone allowing users to take 8K (360°) photos. The gadget consists of 3 pieces and works with only 1 click, which makes it very handy and accessible to any content creator. 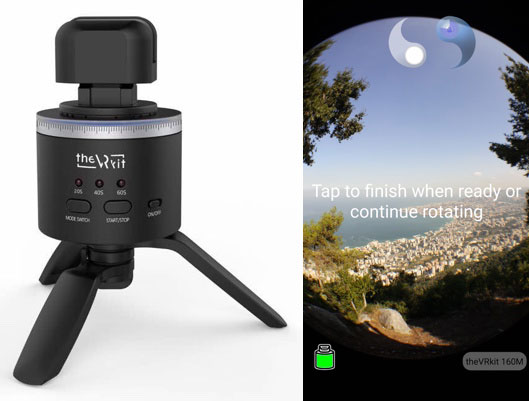 The process of creating an 8K photo is pretty simple. Making a totally spherical 8K VR picture takes several steps – you need to attach the high-quality lens to the camera of your phone, put the phone on the rotator head controlled by Bluetooth and turn on the smartphone app (available for iOS and Android devices). While the phone is spinning and taking a photo, the image is processed in the app immediately.

To find out more about theVRkit, check out this video or visit the company’s website.