The First Mining Smartphone in the World

News about cryptocurrency appeared almost every day. The demand on graphics cards, required for mining, went through the roof. But there is another way to earn some Bitcoin or Ethereum – the company Sirin Labs just announced the first ever blockchain smartphone. The Phone is called Finney, and Sirin Labs claims that it is the only smartphone for storing cryptocurrency in the world.

Of course, you need a lot of power for mining, so Finney boasts amazing characteristics. The smartphone is equipped with a 5.2-inch QHD display, 8GB RAM, 256GB storage, 16MP main camera and even the latest Bluetooth 5.0 standard. Apart from that, the smartphone has a truly unique design – a bezelless display and beautiful arrangement on the rear side.

Also, Sirin Labs plans to expand the Finney line-up and release an all-in-one. All devices will work in a special independent blockchain network based on the Tangle technology. The network doesn’t need any mining centers – it will use SRN tokens as a standard currency. The smartphone will run the Sirin OS designed specifically for apps that you need for mining and storing cryptocurrency. According to predictions, Finney Sirin Labs will cost $999. 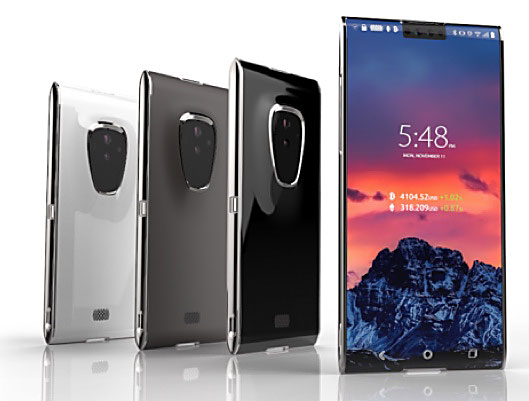 What Can We Expect from the iPhone X?