Restoring lost eyesight today isn’t something new. Surgeons practice eye transplantation but patients still have to wait a long time until suitable organs appear. Plus, not everyone can afford such an expensive operation. The solution to the problem can be a new invention developed by the researchers from Rice University. They made a device called FlatScope which can actually cure blindness.

FlatScope is a flat microscope that is placed in the brain where it controls and “launches” the neurons. Monitoring the neurons can contribute to even greater things. The device was developed as part of the Defense Advanced Research Projects Agency program, known as DARPA, with the goal of creating a neural interface with a variety of sensors that transfer audio-visual data directly to the brain, allowing people to improve any senses that don’t function properly. That way, this new technology can not only restore eyesight but also “repair” other impaired senses, like sound or taste. 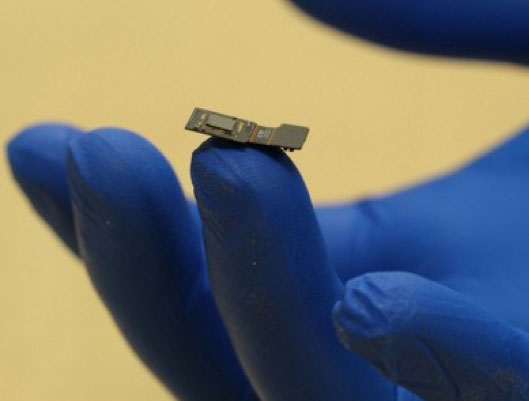 According to university representatives, studying neurons deeper will help understand such a complex organ as brain even more. In the end, people may be able to control the neurological processes in humans in order to cure various diseases. Although this technology is far from being actually tested or used, it’s certainly a step in the right direction.