Smartphone with a Holographic Screen

Among professionals, cameras, made by the company RED, are extremely popular. The most renowned directors of our time use these cameras for filming. But RED doesn’t stop at cameras. 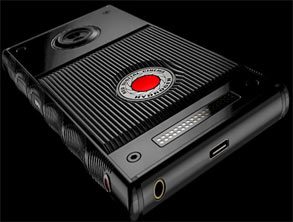 In fact, the company just announced its first smartphone. The device will be called Hydrogen One. Right now, there’s not much information about the smartphone but everyone expects that it will make a revolution in mobile cameras.

The main highlight of Hydrogen One will be a 5.7-inch display. It uses a special nanotechnology that allows owners to switch between different modes of displaying content: regular 2D, holographic, 3D or interactive games. Judging by its functionality, the screen may have something to do with mixed reality. What’s more, such types of content, as H4V or 3D, will be visible without special glasses.

As for other details, we know that it will an Android smartphone, it will have a modular structure, the camera will record video in 6144×3160 (6K) resolution and the phone will have a USB-C port for charging.

RED Hydrogen One will appear on the shelves in Q1 2018.