On Kickstarter, the start-up Origami Labs started a fundraising campaign for a smart ring, called Orii. The ring can basically turn the user’s finger into a functional mobile device. 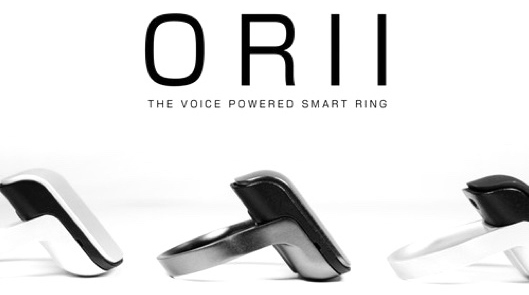 This gadget is a rather massive ring that the user should put on the index finger. After that, Orii syncs with a smartphone via Bluetooth. The functionality of the ring is based on the so-called bone conduction – when there’s an incoming call, the user can listen to the person on the other end via this ring. This ensures good audibility even with strong external noise.

In addition, the ring can work with voice assistants Siri and Google Now. Also, using the accompanying Orii app for iOS and Android, you can adjust the settings, so that notificatins would go straight to the ring (signalled by a built-in LED indicator). The battery life of Orii is 45 hours in the standby mode and about 1.5 hours in the talking mode.

The device already raised more than necessary on Kickstarter, so its production will definitely happen. The campaign will last until the end of August, and the first Orii deliveries are scheduled for February 2018.