Many people think that Apple equips its laptops with some of the most convenient trackpads on the market. However, the engineers from the company Luckey are confident that MacBook trackpads can be improved. For that, Luckey came up with a new accessory called Nums – Smart Digital Numeric Keypad for Macbook.

Nums is a small glass panel on the MacBook trackpad with a thickness of just 0.26 mm. On its surface there are special symbols that should help users enter numbers and run some applications, for example, a calculator. That way, a simple trackpad becomes much more functional. 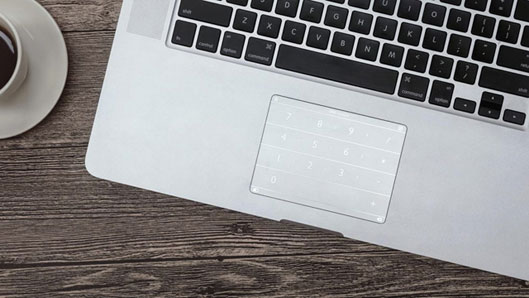 However, in order to activate the panel, work MacBook users will also need a special driver for macOS. With the driver on board, users will be able to interact with Nums. For instance, it will be possible to turn on the “number entering” mode to be able to operate numbers with a trackpad.

This accessory is compatible with 12-inch and 13-inch MacBooks as well as all MacBook Pro models released after 2012.At the moment, the company Luckey is raising funds to launch its accessory into mass production. You can support and pre-order the gadget on Kickstarter.