Scientists Made Flexible Mic and Speaker

A group of scientists from the University of Michigan created a flag, that can play audio files, and a flexible microphone that recognizes people by voice. An article on these developments was published in the journal Nature Communications.

Both devices are based of the flexible composite material presented by researchers last year, which is capable of converting mechanical energy into electricity and vice versa. This material basically consists of a porous polymer, in which the voids are oriented magnetic dipoles. The polymer is covered on both sides with metal which serve as electrodes. As a result, when the material changes its shape, it produces electric current. 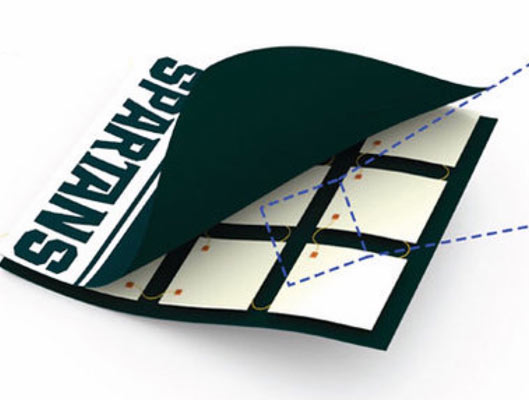 Later, the scientists found out that their material could act in reverse transferring electrical energy into mechanical. Given that the material is very thin, its developers decided to use it to create sound membranes for audio devices. As a result, scientists created a system for unlocking a computer with voice, in which the microphone was a sheet of this material. Sound vibrations created electric current, and when the system heard the code phrase, it unlocked the computer.

The second prototype is a flag of the University of Michigan with stitched sheets of this material used as speakers. By connecting the flag to a music player and an amplifier, the engineers were able to reproduce the anthem of the University with a flag.

According to the researchers, in the future, the new material can be widely used in portable electronics, like speakers or microphones. In addition, it can be used to make a newspaper that could read out articles out loud.