Home » SMARTPHONES » Samsung Galaxy S8 – What It Looks Like
SMARTPHONES

Until recently, not yet announced Galaxy S8 and S8 Plus smartphones Samsung only appeared on a few bad-quality fan renders that were created based on rumors. But now, the information gets a bit more trustworthy.

The mobile accessory brand UAG published a few photos of their new smartphone cases and demonstrated the exterior of Samsung’s upcoming flagman. The renders show a few interesting things, like thin frames around the display, retina scanner above the screen and a fingerprint sensor on the back. Another thing is the display which doesn’t have the Home button. Basically, the display is spread all over the front side.

It’s worth mentioning that it isn’t the first time when some information about Galaxy S8 and S8 Plus is leaked on the Internet. Earlier, both devices have been spotted on one retailer’s website. According to this website, S8 and S8 Plus will cost $963 and $1074 which is much more than previous Samsung smartphones. In any case, we’ll have to wait until MWC 2017 – this is where Samsung will announce the release date of both smartphones. 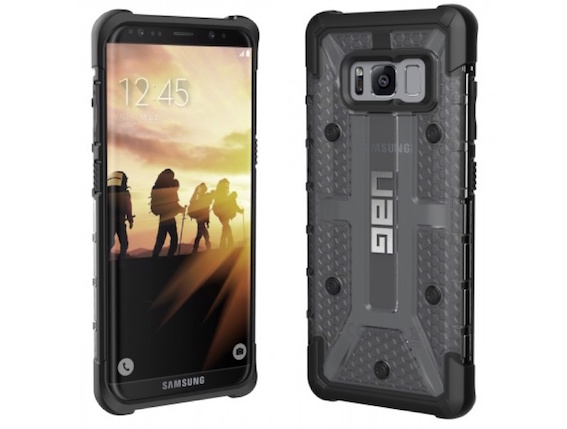