Samsung Fridges Will Be Integrated with Bixby 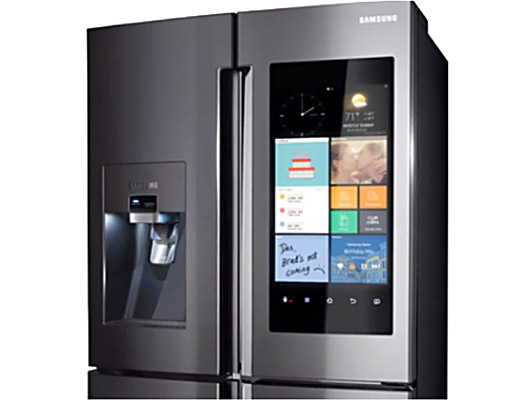 When the world was buzzing with rumours about Samsung Galaxy S8, every talked about the company’s new voice helper Bixby. Unfortunately, first buyers couldn’t experience Bixby in new smartphones but Samsung promises to integrate the voice assistant into all S8 devices.

In fact, Bixby isn’t limited by smartphones alone. The Samsung’s representatives mentioned that Bixby will be supported by a wider variety of company’s appliances. According to PhoneArena, the pioneer among them will be smart refrigerators Family Hub 2.0 that were presented in January.

Samsung stated that new Family Hub 2.0 will be equipped with Bixby by default, and previously sold devices will receive a corresponding update. Using Bixby and voice commands, smart fridge owners will be able to search for recipes, receive weather forecasts, and also turn on music or radio, and so on. Besides, Samsung once again stressed that Bixby is capable of self-learning. It has the ability to analyse voice commands, which will make a smart fridge even smarter.

Obviously, this decision by Samsung could be predicted. The Korean company is working hard on its voice assistant but there’s still a long way to Alexa or Siri.