Apple smartwatches have always been different from most other similar products on the market. LG or Samsung stick to more traditional design of their products – their smartwatches are rounded, like a regular watch. However, Apple still offers square design to their Watches. Of course, they are still quite pretty and very functional but let’s be honest, most people are more used to classic, circular clock faces.

Perhaps, that’s why, according to the recent information, Apple decided to patent the smartwatch with the rounded display. Obviously, there are concerns because such displays have less space to show information on, so it’ll be less comfortable to read textual data on them. As Apple always looks for maximum functionality in their devices, it may be a problem for the company.

Nonetheless, the patent clearly demonstrates a watch the rounded display. On one hand, Apple’s intentions may be quite serious. On the other hand, the company loves to patent all sorts of things. There’s no guarantee that such product will ever be made. But if it does, hopefully, Apple will modify its watchOS accordingly, so that the new interface would be to the fullest on new displays. 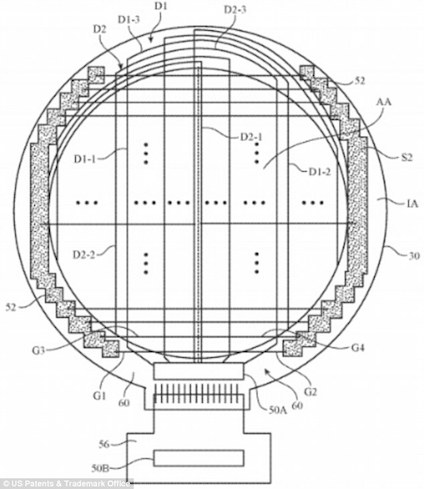 Most Productive Smartphones in November