Today, digital cameras and smartphones have replaced classic manual SLR cameras almost completely. Still, there are some retro lovers who appreciate legendary analogue cameras. In fact, a group of such enthusiasts created a company Reflex and released the first update to a manual SLR 35mm film camera.

The device is also called Reflex and it’s definitely a nod to timeless classics in photography and film-making. The Reflex’s design alone is enough to cause nostalgia. However, it’s not totally a retro device, it’s got a few modern features. 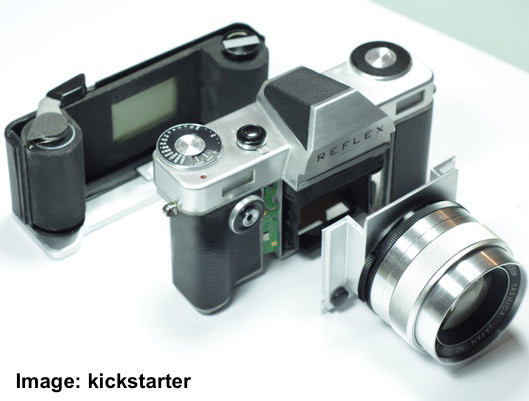 Overall, Reflex has 3 main components: modularity, compatibility and connectivity. Firstly, Reflex has interchangeable lens mounts and films. All mounts are available for extra payment. Secondly, Reflex has a special design, so it’s compatible with third-party add-ons and other accessories. Thirdly, if the company raises enough money, the BLE technology will be integrated into the device which will allow users to connect the camera to a smartphone for making notes and capturing meta-data.

Reflex is Kickstarter project which already reached its funding goal, so it’s ready to be delivered to first customers. The device is still available for pre-order.