Gadget for MacBook with Connectors for Mobile Devices

New MacBook Pro was met with generally positive reviews but it wasn’t perfect. Some people didn’t like Touch Bar, others addressed the problem with battery time but the main complaint concerned the lack of connectivity options. MacBook Pro came only with USB-C ports for everything including charging. That’s why accessories with more connectors are so popular now. One of them became a hit on Indiegogo with almost 2 000 backers. It’s called PowerUp and here’s out brief review of it. 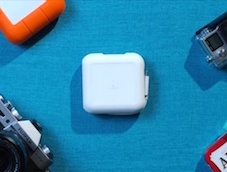 Created by the company Homey Lab, PowerUp is a MacBook charging device with more capabilities than you can imagine. First of all, it’s a regular charger. It has a built-in USB-C cable on one end and the connector for an AC wire on the other. PowerUp produces 72W on the output which is quite suitable for any MacBook model.

But PowerUp wouldn’t be featured in this review if it were only a MacBook charger. This accessory is fitted with 3 additional USB 3.0 ports for charging other mobile devices. Basically, it works as a charging station where you can plug your smartphone, tablet or any other USB-integrated gadget. PowerUp won’t just charge your devices – it will do it two times faster than standard chargers. With this functional gadget, you can forget about all other cables and dongles because it does all job for them. 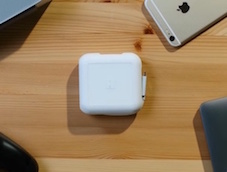 Lastly, PowerUp guarantees fast and seamless synchronization between your MacBook and other devices. USB ports can be used for plugging a flash drive and transferring files from there to the computer. In fact, PowerUp supports the speeds up to 5Gbps which is a lot.

Although the product had been launched only in April, it already collected the required amount of money and is likely to become a best-seller because it makes a MacBook much more versatile. And if you want this PowerUp for yourself, feel free to visit its Indiegogo page to learn more information and pre-order it.

Compact A9 Mini GPS Tracker for Safety of Your Kids