Some older photo cameras had a very useful function – they could print a picture right after it’s been taken. Now, it’s not that widespread. Instead, people store their photos on computers and smartphones. However, paper photos are still popular and being able to print any of your smartphone pictures sounds awesome.

That’s why LG released a new portable printer called LG Pocket Photo. The device allows its users to immediately get a paper photo from their smartphone. LG has already a couple of similar devices released in 2012 and 2013 but this one is even more advanced. Pocket Photo is very small and compact – 125x78x22mm with the weight of 177g. That’s where the name comes from – you can actually carry it in a pocket. 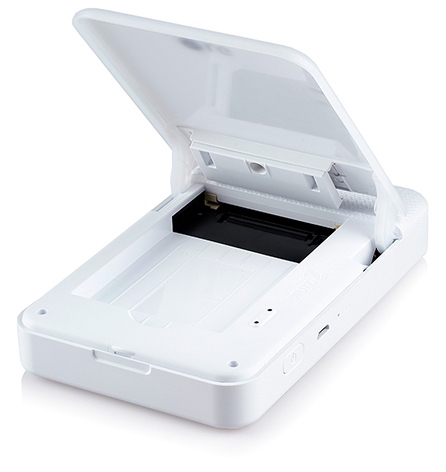 The photos are printed on special zinc paper that already contains ink required for printing. That way, you don’t have to be bothered with refilling it with more ink. Basically, users have to use the accompanying app to print the picture that they want. By the way, the connection with smartphone is wireless and it’s done by pressing one single button on the printer. Pocket Photo supports images in JPEG and PNG formats. Plus, the same app can help users get a bit more creative – they can edit photos or add something on it, like text, date or even a QR code.

Obviously, users will have to occasionally insert new set of zinc paper. The price may throw some users off a little bit considering that the image quality doesn’t quite match the cost. Still, it’s a customer’s decision to buy or not to buy.