After several months of speculations and rumors, HMD Global finally introduced its new flagship smartphone – Nokia 9 PureView. The device became a real highlight for the company for two reasons – it’s a first Nokia smartphone with a built-into-display fingerprint sensor and it has five-sensor Carl Zeiss-made camera with total resolution of 60MP.

In fact, there are 2 color and 3 monochrome sensors which work seamlessly and simultaneously. As a result, they can catch 10 times more light compared to a regular 1-lens camera. Besides, the camera has AI algorithms which process every photo and deliver the perfect result.

As for design, Nokia 9 PureView looks like a classic modern smartphone. It’s fitted with a 6-inch display which supports QHD+ and HDR10. On the inside, there is a Snapdragon 845 processor, 8GB RAM and 128GB of internal memory. A 3320mAh battery powers the phone which also supports fast charging and wireless charging. Nokia 9 PureView is expected to hit the market in the second quarter of the year for the price of $745. 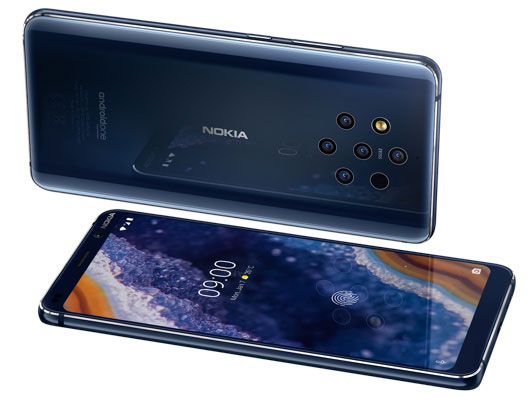 Huawei Introduced a Foldable Smartphone For $2600