Not so long ago, Apple introduced its new smart speaker HomePod. However, judging by the latest patent applications, HomePod won’t be the only Apple smart audio device soon. And here is a brief review of this news.

According to information available in the patent application, the new audio device will be an unusual docking station. It should receive not only built-in speakers, but also several microphones for recognizing voice commands, as well as a touch-sensitive screen for displaying data about played songs and controlling the operation. 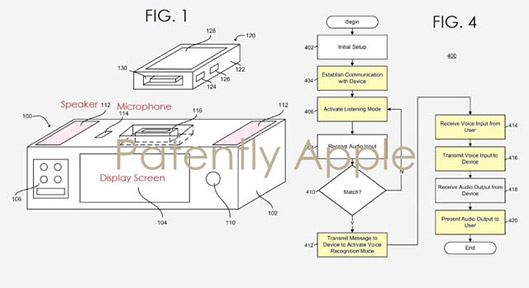 It is possible that the docking station will even be able to work in the offline mode – without a connected mobile device. It means that there will be a large number of input methods.

It should be noted that earlier the Cupertino company already tried to produce their own acoustic systems for iPod. However, they weren’t very popular, and Apple decided to stop releasing such devices. Hopefully, the situation with this docking station will be different.