Recently, we wrote about Google Glass and how Google wants to change the design of its product to appeal to the public. So far, smart glasses are still more of a futuristic product but it’s only a matter of time. In fact, Olympus just presented an interesting accessory which can transform any glasses into a smart device. 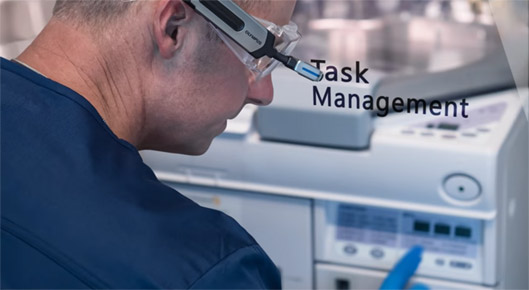 The gadget named EyeTrek El-10 is a kind of a headset with a camera, an OLED display and a headphone jack for an earpiece or a microphone. The accessory is attached to the right side of the user’s face, right on glasses. EyeTrek El-1 is compatible with any type of glasses. The camera is faced to the front, so it records video at all times and transmits the footage to the display (640×400 resolution).

As for other characteristics, EyeTrek El-1 packs 1GB RAM and 8GB storage for the footage. The device also has its own operating system Android 4.2.2, it supports Bluetooth and Wi-Fi and has a 300mAh battery as well. The battery is easily removed and changed when necessary, the average battery time is around 30 to 60 minutes.

EyeTrek El-10 will be available for all interested users but Olympus wants to improve the device and later make a more customizable version for companies and industries.