The rumours about iPad updates are finally coming true. After the presentation of the red edition of iPhone 7 and 7 Plus, Apple launched their new tablet with a pretty concise name – iPad. Considering that this segment hasn’t been quite profitable for Apple lately, this new product may bring back the interest to tablets.

Apparently, the new iPad will be a budget model because it’s not as productive as the 9.7-inch iPad Pro despite having the same-sized display. The novelty is powered by the Apple A9 chipset which was used in iPhone 6s, 6s Plus and SE. Apart from that, the tablet has 8 MP rear camera and 1.2 MP frontal one. It supports all iOS features (including Slide Over, Split View and Picture-in-Picture) and works standard 10 hours from a single charge.

The main selling point of the latest iPad is its affordability. The prices start from $329 for the 32GB model with Wi-Fi or $459 with the same storage but LTE support. Apple iPad will be available for order starting March 24. 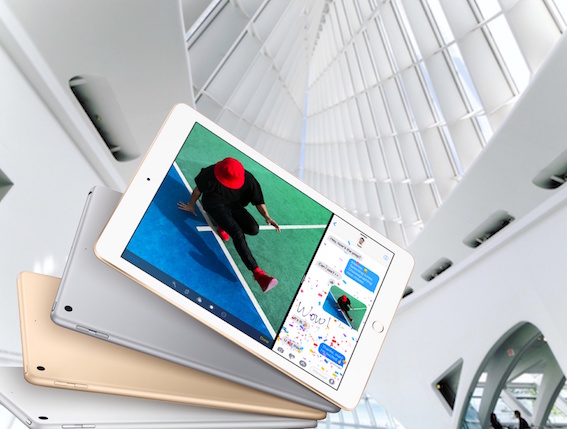 iPhone Will be The First AR Enabled Smartphone