A group of scientists from Japan has developed a new elastic and waterproof solar panels that can be widely used in the production of so-called smart clothes equipped with various sensors. The article describing the invention was published in the journal Nature Energy.

The researchers used organic polymers as an active layer in panels. To protect them from water and oxygen, the elements were coated with a polymer called parylene.

To make the panels elastic, scientists covered their main part from both sides with a pre-stretched acrylic elastomer. After the production, this elastomer took its original size, while the active part of the panel acquired a wavy structure on the inside and folded. According to the creators, the obtained prototypes can be stretched by more than 50% and immersed in water but the panels may partially lose their effectiveness.

The test of the panels showed that their efficiency isn’t that much – 7.9%. However, even this number allows using these panels to power the health monitoring sensors that can be built into clothes. 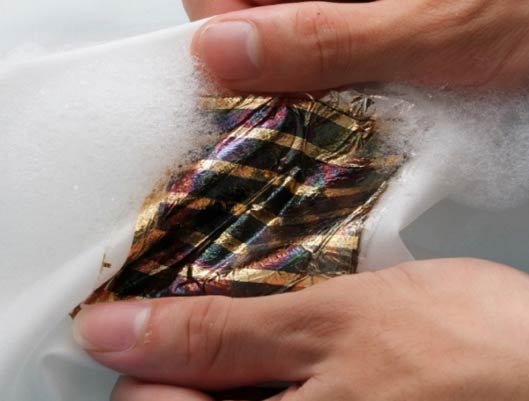