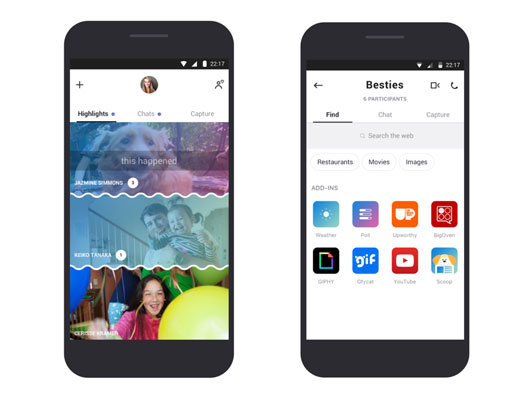 Microsoft introduced a radically updated version of Skype which received a new interface and a number of features available in other popular instant messengers. The description of the new Skype was published in the developers’ blog.

Along with the customizable interface, one of the most notable novelties of Skype app is the Highlights section. It’s similar to Instagram’s stories and allows users to publish photos and videos with stickers, so that your friends could see them in a separate line. At the same time, all posts will be stored not for 24 hours, as in other apps, but for a week. Also, new Skype offers the section Capture designed for shooting and editing pictures and videos.

Besides, users can not only exchange messages and make calls in chat rooms but also search for contacts or the necessary information on the Internet or purchase tickets for various events.

Currently, the updated Skype is available for Android and it will later appear in iOS devices. Desktop versions for Windows and macOS will be released in a few months.

How To Balance Study-work-life Balance?