Virtual reality is a very promising area. Many scientists research it and try to find out how to apply it in different spheres of our life. However, with their Hololens headset Microsoft attempts to revolutionize the virtual world forever.

Hololens is in many ways a revolutionary product from Microsoft. While many companies are busy studying and working on virtual reality, Microsoft implements mixed or hybrid reality technology in Hololens. In simple words, it’s a combination between real and virtual worlds where virtual objects are presented as holograms. So, let’s look deeper into this world with Hololens.

First of all, this device is basically a computer. It runs on 32-bit Windows 10 and has a quad-core Intel Atom x5-Z8100 processor, which every second processes terabytes of data. Plus, there are 2 GB of RAM and 64 GB of internal storage (54 GB are available for users). That is literally more power than many laptops on the market. 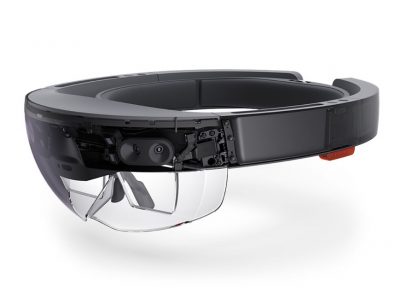 Working with Hololens isn’t very difficult – there’s a number of special gestures and a voice assistant Cortana for basic operations. The highlight of this device is a highly advanced and incredibly accurate system of cameras, sensors and other detectors. As a result, the headset is really intelligent – it knows what you’re doing and recognizes the environment around you, providing you with everything, so that you could feel comfortable in the mixed reality.

Holograms in Hololens gadget can be very helpful in many ways. They allow you to see all your work as 3D models, visualize the work that you’re doing. Plus, it’s a neat way of presenting any information to other people. Sometimes, it’s much easier to show than tell. And, of course, Holelens is heaven for gamers. Hololens provides users with a lot of different apps and all of them guarantee you a full immersion into the mixed reality.

Rift is unlike anything you've ever experienced. Whether you're stepping into your favorite game, watching an immersive VR movie, jumping to a destination on the other side of the ...