Microsoft has a range selection of various mobile devices including even two-in-ones: laptop/tablets. The Surface Pro line-up has always been met with customers’ acclaim, especially the last model, Surface Pro 4. But now, once again Microsoft fans have something to be excited about.
According to DigiTimes (with the reference to Economic Daily News), Microsoft is going to announce the next generation of their tablets in Q1 of 2017. Surface Pro 5 will be a considerable improvement compared to the previous model. DigiTimes also confirmed rumors regarding the specification of the upcoming device. Surface Pro 5 will be fitted with an Ultra HD display and accompanied with a Surface Pen stylus which supports wireless charging.


According to earlier leaks, the device will have pretty impressive software: an Intel Kaby Lake processor and 512 GB of internal storage. Surface Pro 5 will run on Windows 10 with the Redstone 3 update. Besides, the battery time will be increased and the device will feature USB Type-C/Thunderbolt 3 ports.
There is no additional information yet but one thing is clear: Microsoft is doing very well with Surface products. The Surface Studio has great sales and the company even managed to convince more Apple fans to turn from MacBook Pro to Surface devices. Therefore, we might expect strong sales from Surface Pro 5 as well. 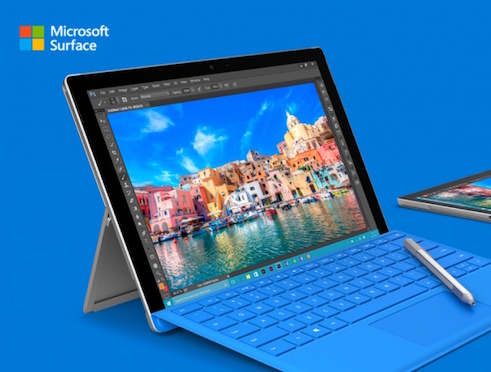