The biggest problem of most modern smartwatches is battery time – it’s too small. Their performance pales to utter insignificance compared to regular, classic watches. But everything can change with a new gadget just launched on Kickstarter. It’s called Lunar and it is world’s first smartwatch powered by light.

Although there are some solar-powered watches on the market, this is the first case when this type of energy is used for charging a smartwatch. Plus, according to company’s representatives, Lunar can work from just 1-hour exposure to light, and it doesn’t matter whether it’s the Sun outdoors or some indoor light. 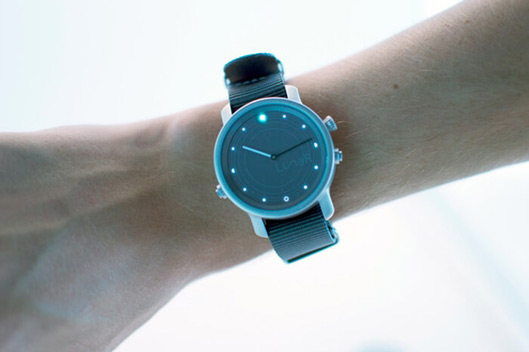 As for the rest, Lunar is a completely regular smartwatch. The design is pretty simple – a black clockface decorated with concentric rings and the stainless steel body. In terms of functionality, Lunar provides users with basic activity tracking (steps, distance, calories), sleep monitoring and limited smartphone notifications. Interesting part – the watch doesn’t have a screen. Instead, there is a ring of coloured LEDs. Lunar can be pre-ordered on Kickstarter for the early-bird price of $138.

Unmanned Taxi Made the First Flight in Dubai