Several sources suggest that iPhone is expected to be launched in October 2017. Among many novelties in the next Apple smartphone, there will be a pretty interesting one.
The screen aspect ratio in modern iPhones is 16: 9. Users are quite used to this solution but it seems that this year Apple will show us something more interesting. We’ll see a smartphone not only with a new screen size, but also with a new aspect ratio – 18:9. But what will it give us? Let’s try to figure it out. 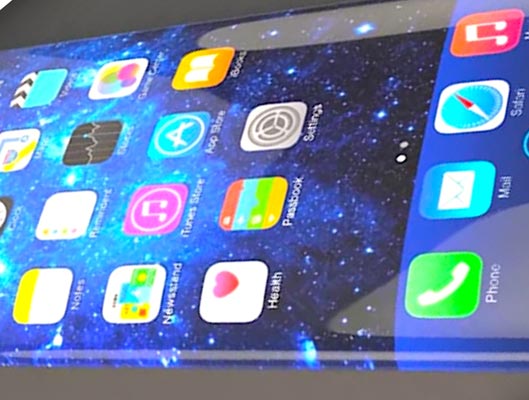 According to some rumours, iPhone 8 may get a 5.1-inch display, 5.2-inch or even 5.8-inch. Regardless of the size, experts expect the 18:9 aspect ratio, which means that the screen length in the new iPhone will be twice as big compared to its width. By the way, Apple in this case won’t become an innovator. Smartphones from South Korean manufacturers already have 18:9. Displays in LG G6, Galaxy S8 and Galaxy S8 Plus “stretched out” and familiarized users with a new aspect ratio.

But why do we need a “longer” iPhone? Quite frankly, it seems like a very convenient solution. First of all, many modern videos come out in the 18:9 ratio. In addition, most people use their smartphones in a portrait orientation. With an extended screen, it will be possible to see more elements on a Safari page, more posts on Twitter and more information in general. Plus, you’ll still be able to hold the phone with one hand.

Of course, some problems will also come up. Probably, there will be black bars in some games and apps because they may not adjust quickly to the new aspect ratio. The same thing happened for several months after the release of iPhone 5 which was “longer” than its successor as well. However, developers of the most useful services will certainly release updates very quickly. That’s why we’ll get used to 18:9 very fast.

Wearables for Health are Not That Good Measuring Calories