Today, Internet already reached mind-blowing speeds. However, there is a way to make Internet much faster than any Wi-Fi or even 5G. The new method was introduced in the Netherlands – scientists from Eindhoven University of Technology proposed to use infrared light for transferring data.

The new system uses special IR antennas with shoot their invisible rays to connected mobile devices. As a result, the Internet speed can potentially reach as much as 112Gbps. At the same time, unlike Wi-Fi, the speed won’t be divided between all devices – each and every one will receive the same speed. 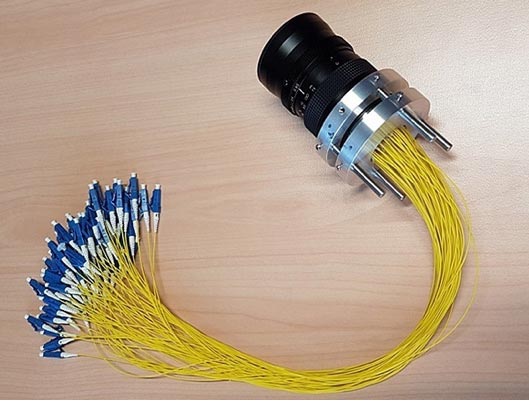 The model of this IR Internet has two main parts: a light source and a small optical receiver on the device. The source here is a bundle of optical fibers and a lens so that the signal could go straight to the device. The receiver consists of a wide-angle lens and photodiodes for converting the optical signal into digital. Obviously, the receiver should be installed on a smartphone or tablet to make a connection.

So far, scientists still use Wi-Fi for positioning devices in space and transmitting data via IR light in reverse. Before releasing this technology, scientists promise to correct al flaws.