The company HTC has one of the most popular VR devices in the world – the HTC Vive headset. However, Vive isn’t exactly an autonomous device – it still requires connection to a computer. That’s why HTC has been working on a more independent VR headset. The result was demonstrated during the Chine Joy 2017 exhibition where HTC announced a VR headset, called Vive Standalone. The headset doesn’t need to be connected to a powerful PC, nor does it need a smartphone to work. Here’s a further review. 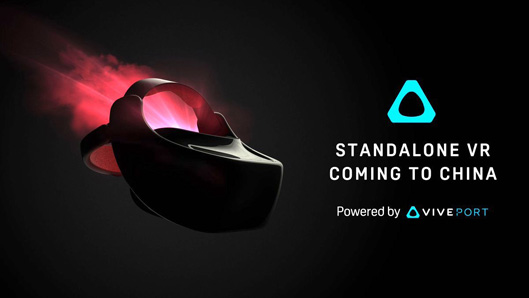 According to The Verge, Vive Standalone is equipped with a top-end mobile processor Qualcomm Snapdragon 835 and a proprietary positioning system from Qualcomm which allows owners to navigate in a virtual environment. The headset will also receive the support from the Viveport platform.

Other characteristics of the device aren’t yet disclosed, as well as its price and exact release date. At the same time, the description of the headset appeared not only in Chinese, but also on the American Vive website Vive which suggests that the device will be available before the end of the year. Plus, it gives us hope that Vive Standalone will also be sold outside of China.