Chromebook Laptops don’t seem like really expensive devices. Nevertheless, like in any other kind of technology, prices get higher with more innovations and better specs. In the last couple of years we’ve seen a lot of various Chromebooks, some of which we’ve already reviewed. Of course, they get faster, brighter and more productive with time but some devices take it even further. The best example is a HP Chromebook 13.
First off, this is the thinnest laptop in its class. With only 0.5-inch thickness, it’s a perfect device for carrying around or travelling. Plus, HP Chromebook 13 is a very sleek product. Aluminium panels, which cover the screen lid and the keyboard, give this laptop an elegant look. Speaking of keyboard, this is one of many highlights in this laptop. The typing experience is remarkable – not too stiff, not too loose. The same goes for the trackpad. You won’t have to beat it with your finger – one soft click is enough for working. 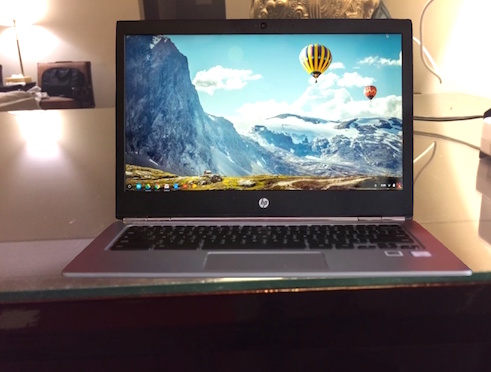 Furthermore, HP Chromebook 13 comes with fantastic visuals. A 13-inch display boasts super high resolution: 3200×1800 pixels or QHD. It makes every image and video look amazingly vivid and just beautiful.
Another distinction of this Chromebook from other Chromebook is its processor. HP 13 is equipped with an Intel Core m3 chipset (m5 in a more expensive version). Along with that you get 8GB RAM and 32GB of storage, which is also pretty impressive for a Chromebook. Overall, this laptop is great at multi-tasking – it easily copes with web browsing on multiple tabs, music and video streaming or working. One little quirk is battery time. A high-resolution display “eats” the most part of power, so it lasts about 8 hours. It’s not too bad but still lower than other Chromebooks, like Dell Chromebook 11.
Other than that, HP Chromebook 13 is a masterpiece. Everything in it, from its elegant design to stunning imagery, is made for real aesthetes. But looks aren’t everything – the laptop also works quickly and efficiently.
Obviously, it’s not cheap but if you decide to buy it, this will be well-spent $499.