In April, we wrote about an extremely peculiar device – HP Omen X, a portable computer-backpack which is also an accessory for virtual reality. The release was expected in June but HP couldn’t keep up to the schedule. Finally, the VR computer-backpack is here – HP officially opened the sales for Omen X Compact.

The device works like this: users connect a VR headset to this PC-backpack and get a totally wireless VR experience. The backpack includes four 73W batteries and a charging station. During the operation, a pair of such batteries can be “hot-swapped” – it means that the backpack doesn’t stop working, you just have to replace discharged batteries with new charged ones. One pair of batteries last for about an hour of gaming. 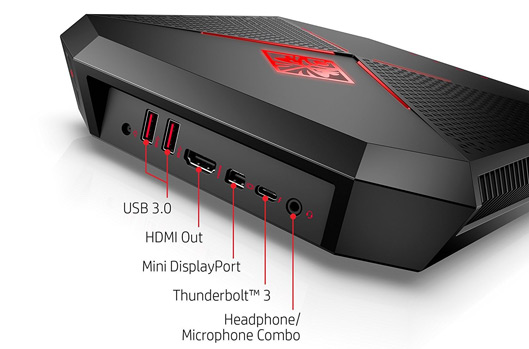 HP Omen X Compact is equipped with processors up to Intel Core i7 (with overclocking), NVIDIA GeForce GTX 1080 graphics card, 16GB RAM and 1TB SSD. The PC-backpack also supports Wi-Fi, Bluetooth, there are five USB Type-A ports, one USB Type-C port, DisplayPort and HDMI. The docking station adds a Thunderbolt port, a mini DisplayPort, one extra HDMI and one more USB port. The Omen X Compact is available for $2500 but that’s without the special straps for the backpack – they can be bought separately for additional $500. 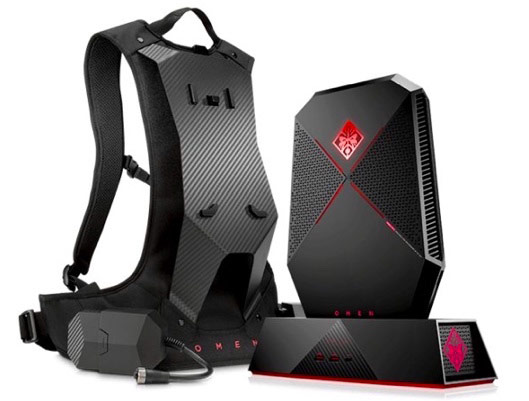 The OMEN 875-1023 is geared with the industry's latest hardware, so you can crush the most demanding games, including Fortnite, PUBG, Overwatch, and Apex Legends. Thanks to ...

Play at your best with this VR-Ready gaming desktop computer geared with nividia GeForce RTX 2080 Ti graphics, so you can crush the latest and most demanding games including ...