HMD Global, which owns the rights to release smartphones under the Nokia brand, officially unveiled the flagship smartphone Nokia 8 on August 16. Here is brief review.

The smartphone received a metal seamless body and a 5.3-inch IPS display with a 2560×1440 resolution and Corning Gorilla Glass 5 protection. Nokia 8 is powered by the top processor Qualcomm Snapdragon 835 accompanied with 4GB RAM and 64GB storage (expandable to 256GB). 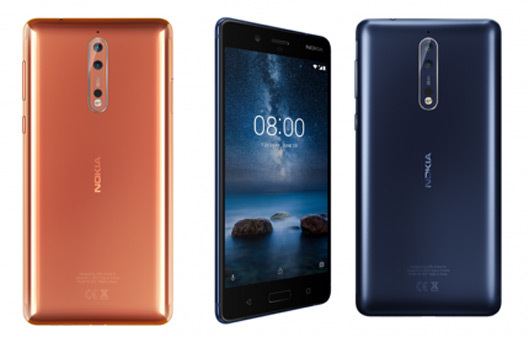 In addition, Nokia 8 has a dual rear camera which includes a 13-megapixel color sensor with optical stabilization and a 13-megapixel monochrome sensor. The camera has other features, such as a phase autofocus, IR range finder and a two-color flash. The resolution of the front camera is also 13 MP. At the same time, the distinctive feature of the device is the support of simultaneous video recording by both cameras and streaming on Facebook or YouTube. Also, according to HMD’s representatives, Nokia 8 is the first Android smartphone with Zeiss optics. 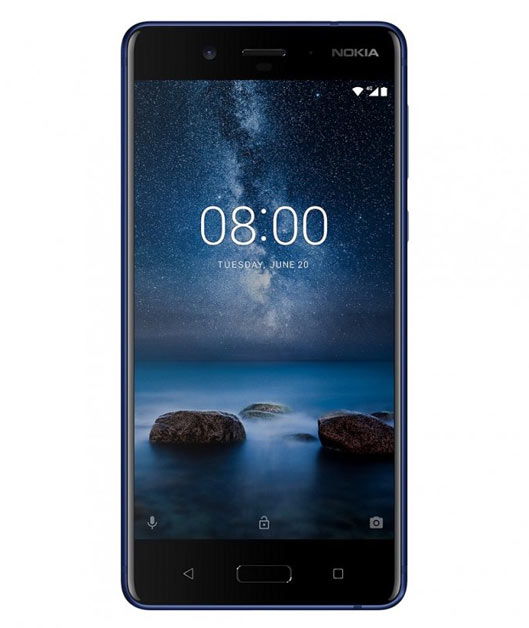 The device runs Android 7.1.1 Nougat, has two slots for SIM-cards and is fitted with a 3 090mAh battery which supports fast charging technology. Also, the device received a fingerprint scanner and a 3.5 mm headphone jack.

Nokia 8 is currently available for pre-order and comes out in September for $705.