This gaming console is of a deep wine-red color, attractive and appealing, being quite trendy as well. The console itself is equipped with a 5.0-inch screen with an IPS matrix and HD resolution of 1280 x 720 pixels. The pictures come out beautiful, clean and with excellent detail. The color reproduction is at a high level, and the viewing angles are quite wide.

The gadget is managed by the Android 4.4 KitKat operating system, with a powerful software and optimized code for the games. The console has an RK3288 processor with a Mali-T764 graphics chip. Four 600MHz cores provide with a smooth and productive processing of information and different graphic elements, of course, this all affects the responsiveness of the device. The built-in 2GB DDR3 RAM helps to deal with the intensive workloads and also helps provide with a stable operation of the system itself. This allows you to achieve fluency in the games. 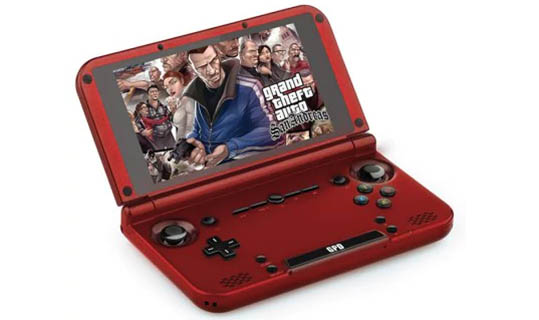 
The GPD XD handheld game console has a 64GB of memory to store your information and games, with the ability to expand up to 128GB using a TF Card Slot. 5600mAh battery is installed, which can easily provide with as much as 6 hours of game playing time without needing to place on charge. To control the device itself and the game, there is a touch screen, and a classic gamepad-keyboard with several buttons and two sticks. The keyboard itself is built with design support and ergonomics from the PS4 console, so playing GPD XD is fun, and many are familiar with such already.
A special NDS emulator allows you to play NDS games fluently and with enhanced comfort. There are about ten thousand games for emulators and more for the android-system part. There is also support for multiplayer game, for an enjoyable time with your close one. As we noticed, this console has many different ports and outputs such as G-sensor, speaker for great sound, MIC, Mini HDMI for connecting it via an HDMI cable to a tv or computer monitor, 3.5mm Headphone Jack, WIFI: 802.11b / g / n , and a Micro USB Slot.
In general, we get a productive mobile console, with a comfortable gamepad-keyboard, lots of games, compact design and a large capacity battery, which will allow you to play anywhere. GPD XD handheld gaming console is highly recommended for all gamers of any age. 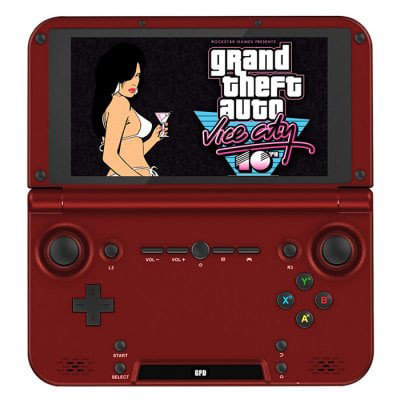