Virtual reality is one of the biggest technology trends now in many areas and most companies are trying to somehow contribute to the development of VR. For example, GoPro which is probably the most influential brand on the action camera market. During CES 2017, CEO of GoPro Nick Woodman mentioned that the company was working on a 360-degree camera. And now, GoPro finally announced it.

Meet one of the best outdoor action cameras, the GoPro Fusion 360 Spherical Video Camera. Woodman describes this device as 6 GoPro cameras put into one. Perhaps, it means that GoPro Fusion will be fitted with 6 sensors but it isn’t confirmed. 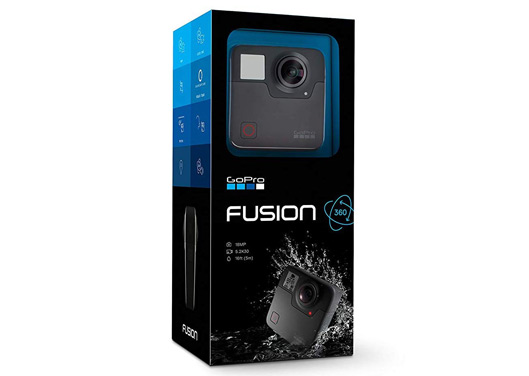 The available information says it will be the first GoPro 360-degree camera and it records video in 5.2K. Other than that, users will still be able to shoot regular videos and take photos with it.

Right now, GoPro has already started to accept requests from brands and agencies which want to test the camera. GoPro Fusion is expected to hit the market by the end of this year and it will be a limited edition.