Functionality in modern devices is one of the main demands to them. Still, there are some products which surprise very much. For example, the company ChargeWhite made a peculiar device which combines a few things: a pen, a stylus, micro-USB and Lightning connectors and a 1000mAh built-in power bank. By the way, a more expensive version even has 16GB of flash memory. Functionality at its best. 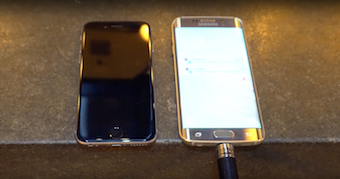 First and foremost, ChargeWhite is a pen for writing texts and making notes. It’s a pretty regular ballpoint pen that writes no worse than any other pens out there. One disadvantage – it’s a bit bulky. Obviously, manufacturers didn’t pay much attention to that aspect and concentrated on other features. The battery onboard is certainly useful if your iPhone or Android smartphone is running low. To connect the accessory to a smartphone, you have to choose between two plugs (Lightning or micro-USB) on both ends. The amount of power may not be enough for a full charge but it’ll help stay in touch with other people anyway. 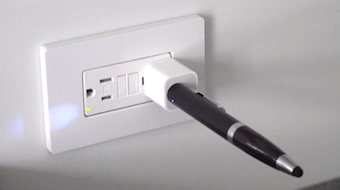 As many other similar accessories, ChargeWhite has its own crowdfunding platform on Indiegogo. If you want to support the product or pre-order it, don’t hesitate to click the link.