Fox Renderfarm Provides Exceptional Support to Productions Around the Globe

Since 2009, Fox Renderfarm has offered cloud rendering services for clients all over the world, specializing in 3D animation rendering for the entertainment industry. They are a paradigmatic example of the ways in which the technology involved in the animation and video production pipeline is forever evolving. The use of such high powered render farms by overseas studios also reflects the international cooperation and technological resource sharing demanded by the animation industry.

The flexible pricing plans they offer scale with every“core*hour”of rendering performed, a measurement of how many hours you make use of the core processors they provide. The company is also dedicated to making their hardware and the Fox Renderfarm GoCloud program accessible to educational facilities, students and creative teams by offering flexible service plans of 60% off discount.

“If you have big dreams, great ideas for a story, excellent animation skills, a deep passion for film, but have only a limited budget, Fox Renderfarm is the right place to help you render your work”, explained a company representative.

The promise of easier, cheaper, faster rendering, independent of the geographical location of the hardware, has drawn interest from production companies all over the world. Fox Renderfarm has worked with animation studios from over 50 countries, including rendering the 86th Academy Award-winning short film Mr. Hublot. In fact, of the record 27 animated feature films submitted for consideration in the 89th Academy Awards, three were rendered by Fox Renderfarm: Monkey King: Hero Is Back (China), Kingsglaive: Final Fantasy XV (Japan) and Bilal: A New Breed of Hero (Saudi Arabia). 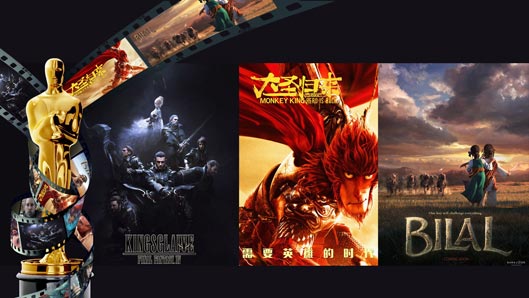 In 2015, Fox Renderfarm formed a global strategic partnership with Alibaba Cloud to provide global visual cloud computing services. And further exciting developments are on the horizon for the company, which just released a new rendering application, which has more advanced rendering features and a new user interface.