Ford Tries to Prevent Car Accidents with a VR App

The automobile company Ford launched the app Ford Reality Check which could very helpful for preventing accidents. With a VR headset, users could see how simple distraction during driving could lead to fatal consequences.

In this unique way, Ford suggests breaking the habit of young drivers, who always use a smartphone behind the steering wheel. Once they stop social networking or texting, the risk of accidents is significantly reduced.

The Ford Reality Check app uses Google’s VR technology Google Daydream VR putting the user in the driver’s seat when he visits friends on the way to the party. In a car, there are a few distractions: passengers, phone calls and messengers. Any distraction can cause an accident, so the driver must stay concentrated.

According to the results of initial tests, 90% of users said that they will change their driving behaviour after being tested in virtual reality. The Ford Reality Check app will be used at Ford Driving Skills for Life events in Europe, and you can download it later in the Google Play Store. 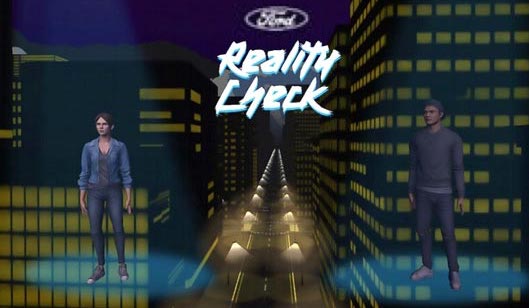