In the 21st century you have to be fashionable. Fashion gadgets and accessories are also becoming more popular. Artists and designers around the world are making many different things even using various technologies. For example, a designer from Texas named Tien Pham made a beautiful accessory for extremely fashion-loving people. 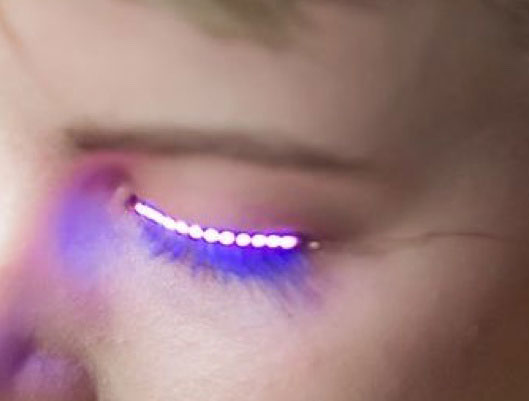 The accessory is called f.lashes and it’s literally a pair of illuminating LED eyelashes. These are thin light-emitting diode strips placed on eyelids. The LEDs are connected with each other by thin wires that lead to the control unit which is fixed on the back of the head. The battery provides around 4 hours of illumination. Also, the LED eyelashes come with five flashing modes, like sparkling or blinking. Plus, the LEDs can react to head movements flashing in different patterns. This mode looks especially beautiful while dancing.

Tien Pham designed the prototype of f.lashes back in May just for a fashion show in California. The audience liked this device so much that the designer decided to launch f.lashes on Kickstarter. The first buyers will receive their shining lashes as early as January 2018.

The HVAC Industry is Changing Rapidly and Here’s How!