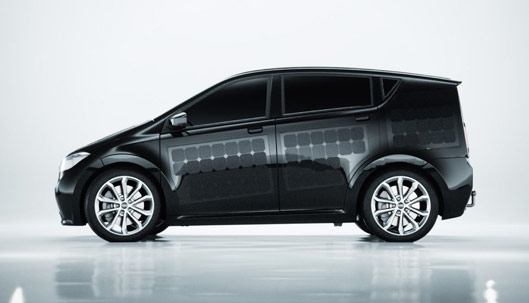 This electric car is called Sion and its makers already raised enough money to start the mass production. A big part of the raised funds went into building the first prototype of Sion. The Car is covered with solar panels on all sides. In fact, engineers fitted 330 separate photo elements that provide the car with a range of 250km. The built-in batteries are accompanied with a quick charge system that can power them up to 80% in 40 minutes. As for the solar panels, charging from them takes around 8 hours.

Another interesting feature of Sion is the air filter for the interior – it’s based on moss. Actually, moss is quite efficient at cleaning air from dust and supporting the appropriate humidity level in the car.

The mass production of Sion starts in 2019 and the car will be available in a few European countries for 12 000 euros.