Meizu is expanding its range – the company introduced its first activity tracker, called Meizu Band. Meizu Band looks pretty neat and manufacturers assure customers that it will be a useful assistant for all fitness enthusiasts.

This device has traditional functions: it counts steps, amount of calories burned, measures the heart rate of the user, tracks sleep and physical activities. The body is completely dust and water resistant, according to the IP67 standard. 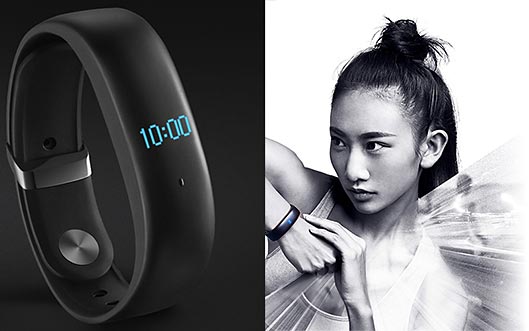 A distinctive feature of this tracker is that it has a monolithic structure, so users won’t be able to replace the band if it gets worn out. Meizu Band is fitted with a small, touchscreen OLED-display which shows time, amount of steps taken, heart rate and notifications. Speaking of the latter, the tracker connects with mobile devices via Bluetooth and syncs seamlessly with iPhones or Android smartphones. The claimed battery time of Meizu Band is 15 days. For charging it requires a special magnet docking station.