Feel the Taste of Virtual Reality

Virtual reality (VR) industry has grown very quickly in recent times. Despite the rapid development of this technology, modern headsets engage only two of our sense organs: eyes and ears. There are some tactile technologies but it’s still far away from the fully-featured simulation. But it seems like soon another innovation is coming – we’ll be able to literally taste virtual reality.

Scientists from the National University of Singapore and the University of Tokyo are currently studying the possibility of adding taste experience to VR headsets. Their research concerns the imitation of taste senses. The first development in this area was made in 2013 when the Singaporean team introduced a special spoon with tiny electrodes. When touching tongue taste receptors, electrodes could imitate bitter, sour and salty tastes.

Japanese scientists, on their part, were able to mimic sweetness. Their device uses thermal imitation technology. It consists of miniature thermoelectric, solid-state elements, which get hot or cold extremely fast. The temperature control system works in such a way that when the tongue touches the device, it feels the sweetness.

Both technologies are being developed not only for VR but for other uses. They may be very helpful for people who have impaired taste. Even dietarians could be interested in this device, as it can simplify the dieting process for many people. 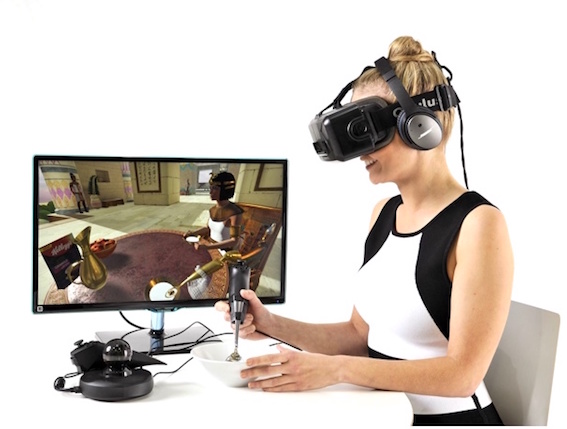 Reading Device on Your Finger