National military and defence forces are always an integral part of governmental spendings. And sometimes, this may lead to actual scientific discoveries. In fact, the military created a substance that is able to generate impressive amounts of energy in a short period of time.

During lab experiments, scientists witnessed a powerful chemical reaction after having mixed nano-galvanic aluminium-based powder with water. The result of mixing was strong boiling of the solution. The reason for that was the hydrolysis product when water split into hydrogen and oxygen molecules. The new material allows scientists to make hydrolysis a simple procedure. The reaction occurs fast and produces a lot of energy.

According to calculations, one kilogram of powder can produce 220 kW of energy in just 3 minutes. During laboratory studies, scientists put together a small radio-controlled model of the tank and equipped it with a hydrolysis engine based on the new material.

Scientists are sure that in the future the powder effectiveness can be increased at least twice. What’s more, the new material can be used in making drones or robots. The material is also applied in military production, like creating safe technologies for self-destruction of secret and strategically important weaponry.
Source: army.mil 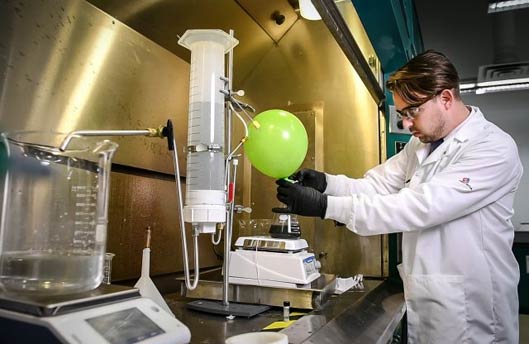 Where is Highest Internet Speed in the World