While VR is mostly involved in gaming and entertainment, AR is exploring other areas including control systems and transport. And it’s not just about cars – AR devices may be used by bikers, cyclists, skiers, and so on. The recent novelty from Everysight is a great proof – the company made smart AR glasses that would be perfect for active people, especially cyclists.

The glasses are called Raptor and they are fitted with an interactive display that shows valuable information for cyclists or skiers. The information can be different, like the user’s physical state, heart rate, the distance to the destination, speed, time of journey etc. Plus, the glasses can actually record everything that happens in front of the user’s eyes. 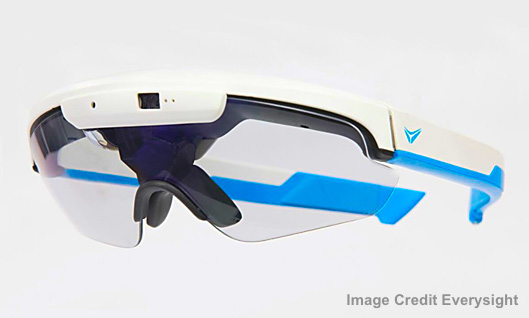 In addition, the glasses are controlled by voice commands and work for 8 hours from a single charge. Raptor connects to a smartphone via Bluetooth, so all the data is transmitted in a mobile app. The app can also be helpful for adjusting the settings of the glasses to suit to every user. Everysight Raptor is currently available for pre-order for $650. First deliveries will start in February 2018.