Engineers Will Built a City to Simulate Life on Mars

The news about Mars has been quite numerous recently. To learn more about the Red Planet has been a long dream of many scientists. Another part of this dream is to populate Mars and find ways to live there. Of course, one has to take a lot of nuances into account before actually going to Mars. In fact, one long-term project has already been announced and it’s initiated by a whole country.

The authorities of United Arab Emirates shed some light on their space program which involves possible colonization of Mars in the next century. In order to do better preparations, the authorities will build an entire city to simulate life on Mars. According to the plan, the city will have huge area (177 000 km2) with big, dome-shaped buildings. Obviously, most of them will be laboratories where scientists will be looking for solutions to simple problems – how to make water, food and energy on Mars.

The UAE engineers and scientists are already working with a Danish architect Bjarke Ingels who will develop the plan of the future city. Project Mars 2117 will take much time but its first goal is collect as much information as possible.

In any case, it will be impossible to recreate the Mars environment on Earth because the gravity is different and there is no radiation here. But it might be the first step towards a magnificent journey. 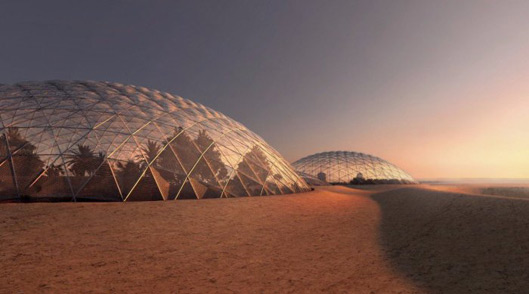 On The Go Solution - How to Charge Phone Without Power Bank

YotaPhone 3 is Available to Buy Online