The release of new MacBooks in 2016 was really anticipated and heavily discussed afterwards. But Apple is determined to make their laptops users even happier.

Apparently, the whole MacBook Pro line-up will have a hardware upgrade in 2017. A hint to this information was seen in the beta version of macOS Sierra 10.12.4. 2 of 3 laptops, mentioned in the system (two 13-inch models and one15-inch), will get the Touch Bar and brand-new Intel Kaby Lake processors. This data coincides with the words from the analyst Ming-Chi Kuo who earlier predicted the MacBook line-up upgrade. 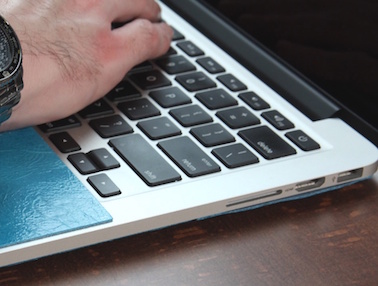 New MacBooks are likely to be announced happen in the second half of 2017. It is also possible that Apple won’t be delaying new laptops and present upgraded versions during the upcoming Apple Worldwide Developers Conference. Earlier, the company always did that: some part of the conference was dedicated to MacBooks.

Speaking about macOS Sierra 10.12.4, its official release is expected in late February. The main novelty will be a Night Shift mode – it changes the screen colour temperature and contributes to a more comfortable work at night.

Why You Need a Spy Camera for Car